Prediction – The Next Stage in Equipment Finance Automation 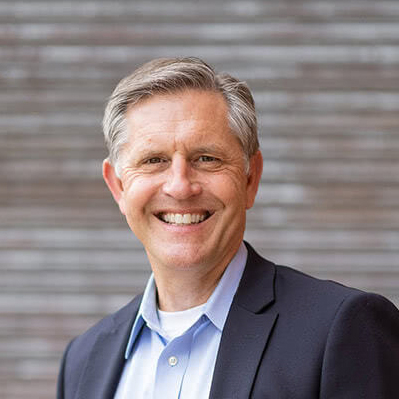 Automation has been a principal pursuit of business ever since Henry Ford implemented the first assembly line in 1913 and reduced the Model T assembly time from 12 hours to 93 minutes. Twenty-five years later, during World War II, increased demand for military equipment brought mechanization to production lines enabling higher speeds, fewer errors and more efficient use of raw materials.

As was the case with Ford's automation, the cause and effect were new levels of productivity. The post-war economy grew 7.5 times from 1945 to 1970. For most of the 20th century, automation was primarily the domain of manufacturing businesses. But the 1970s brought Moore's Law and the advent of the internet which expanded that view to include every business process using software to drive an outcome. Digitization enabled the automation of not just machines but also human cognitive functions. Productivity leapt to the next level.

Automation has journeyed through three levels of productivity prior to prediction.

As is the case with technological advances, each level of automation builds upon its predecessor. In equipment finance, specialization enabled trained resources to work together much faster. Digitization then enabled the integration of specialized software products, e.g., lease origination, portfolio management, underwriting, to further increase speed and improve data integrity for better customer service. Software took the role of scheduling and measuring everything in the workflow so that data analysts could understand where bottlenecks or errors constrained output and quality. Everything in the workflow is now connected and measured creating streams of data that not only facilitate operation of the workflow, but also document every behavior and outcome.

Equipment Finance Is Ready for the Next Level of Automation

Over the past three decades, software and digital communication networks have accelerated accounting, information aggregation, risk assessment and negotiations with both customers and funding partners. Front-end and back-end systems are integrated to ensure the transition of contracts from sales to operations and the integrity of the customer relationship over the life of the lease. Cloud-based systems have removed regional constraints and provide remote, anytime-anywhere access to actionable information creating a new level of agility.

But the biggest advantage of digital equipment finance automation, as with manufacturing, is how the systems measure and record every step of the workflow enabling operators to learn, adjust and improve the process. But at this stage in the automation journey this learning and adjustment process is reactive. Individual events are typically analyzed for characteristics that might be changed or pursued in the next engagement.

If You Can Measure It, You Can Predict It

Today, oceans of data are found in the hands of lessors. But many of these oceans are dark – unused and unattended after their generation and storage. Historical data is the foundation upon which data scientists build prediction machines. Prediction machines, first introduced by Agrawal et al., are mathematical models for processes delivering outcomes. To build a prediction machine one first identifies the outcome and the measures used to monitor it. In equipment finance outcomes can be process based or financial. The prediction machines are built on data from past results and learning from data on new outcomes.

Consider how many outcomes are measured in a typical equipment finance software stack. Every step of the origination workflow is time stamped so the time in each stage of the process is measured as an outcome – time from application to credit review, time in underwriting, time from approval to funding, etc. The financial process is also rich in measured outcomes – payment delinquency, contract rate or tier, funding source, residual value, etc. Both process and financial outcomes are measured by customer, region, equipment class and other segment traits. Predictors can forecast these outcomes in the context of the way the existing business operates in real time as new deal data becomes available. The system can predict an outcome by learning from the historical experiences of the business and applying it to current data.

If You Can Predict It, You Can Improve It.

As Peter Drucker famously said, “If you can't measure it, you can't manage it.” Process engineers practiced this long before Drucker advised business leaders to consider the importance of measures. But just managing the production lines was not enough – they still suffered unexpected downtime and quality issues. Process engineers were the first to see the opportunity of prediction from historical data. Their initial focus, in the early 1990s, was Predictive Health Maintenance (PHM). They saw that they could create mathematical models for the life cycle of the production machines and then connect those models to live data (early IoT implementations) to predict when the machine needed maintenance. If they could get to that machine before the failure event, they could improve uptime and production output. Historical data shines a light on the future.

In equipment finance, the prediction machines can convert “dark data” into prediction-based automation that can improve equipment finance productivity. When an outcome is accurately predicted to be the way the business wants, it can get less attention and move forward automatically. When an outcome is undesirable, it can be avoided either by removing it from the workflow or changing the parameters to change outcome. The predictor will update based on proactive changes – improving performance, not just managing it. Examples of prediction automation improvement include:

Henry Ford started the automation journey that has created exponential improvements in productivity of products and services. Many in equipment finance have followed that same journey. Those lessors and lenders who have implemented digital systems are well-positioned to move to the next level of automation performance by putting their data to work. Prediction machines can automate traditionally high-touch processes like underwriting and pricing. If multiple workflows combine to create an outcome, the prediction machine predicts the efficacy of that combination and makes it possible to optimize workflows in concert thereby avoiding “fixing something over here but breaking something over there.”

Scott Nelson is the president and chief digital officer of Tamarack Technology. He has more than 30 years of strategic technology development, deployment and design thinking experience working with both entrepreneurs and Fortune 500 companies. Nelson is a sought-after speaker and contributor on topics related to IoT and digital health. His involvement in technology in the local and national technology community reflects an ongoing and outstanding commitment to technology development and innovation.

Three things Groundhog Day and ChatGPT taught me about AI

Get to Know Greg Henderson

Three Ways Data Can Assure the Transition from Broker to Lessor